We couldn't verify the exact address you entered, but find a close match.

We couldn't verify the exact address you entered.

Please make sure your mailing address is correct to ensure accurate delivery.

Be The Light // Our Christmas Window 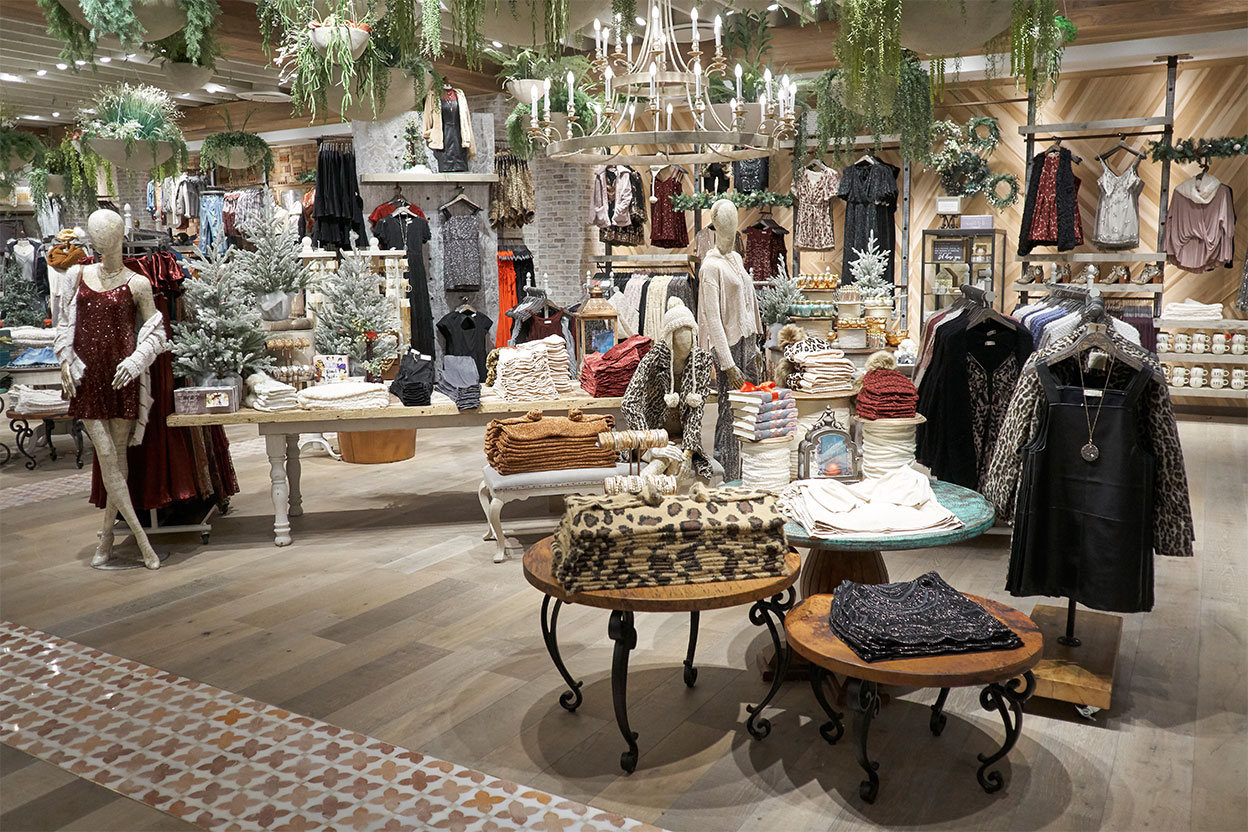 Believe it or not, the Visual Team here at Altar’d State has been working on the Christmas Windows since last Christmas! Last December, our team took a trip to Europe to explore the rich holiday traditions and festive Christmas Markets of Germany, Netherlands, London, and Monte-Carlo! As often as we can, we try to take trips to get inspired for the seasons ahead, and this trip certainly helped us hone in on the part of Christmas that we wanted to emphasize this year in our displays.
While in Cologne, Germany, we ventured out one day to see the Cologne Cathedral, which began construction in 1248 but took over 600 years to complete! Throngs of tourists were shuffling in and out, and we all were shoulder to shoulder as we squeezed our way into the bottleneck of the entryway that was security – it is the most visited landmark in Cologne boasting nearly 20,000 visitors a day! Despite so many people making their way into the cathedral, once through the doors, suddenly there was a quiet that fell over the room.

The ceilings arch 500 feet over your head, the precision with which the arcades curved and met one another take your breath away, and the light spilling through the stained-glass windows and on to the floors created a dabbled path of color to follow as you explored each area of the church, otherwise only lit by candlelight. I’ve never been anywhere where hundreds of people are all in one space, silenced by awe. It doesn’t matter your background, it was impossible not to be moved by the utter beauty and sacredness of the space. And here we were, to be inspired! 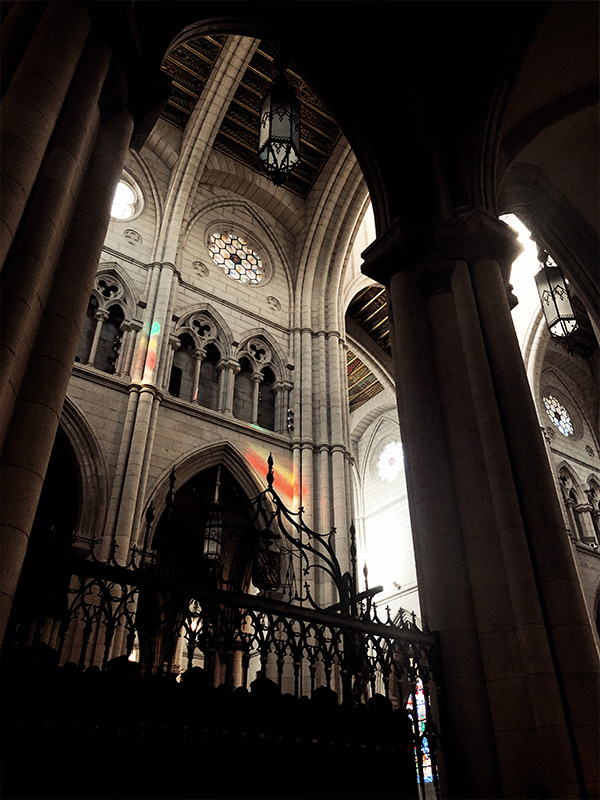 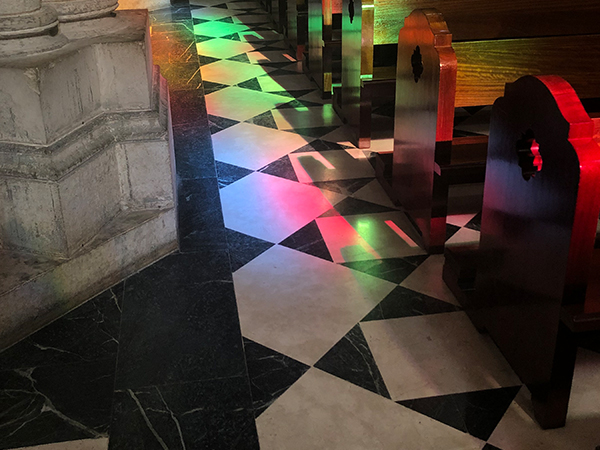 I grew up in Philadelphia and was raised in Quakerism – William Penn, who founded Philadelphia and the state of Pennsylvania, was a Quaker, so although it is not a very well-known sect of Christianity throughout other parts of the country, it is a somewhat common religion to practice in the Philadelphia area. If you aren’t familiar with Quakerism at all, the most important component to understand is that Quakers believe that every single person – Quaker or otherwise – possess an “inner light”. If we all have the light of God within us, then we are all equals and each one of us has a direct relationship with God and the Divine Spirit.

Quakers will often talk about “holding someone in the light” which is the equivalent to lifting them up to God, lifting them to light and goodness so that they may have hope and peace. Quaker churches, called “Meeting Houses” by no means have any stained-glass windows – in fact they are hardly adorned at all whatsoever, but standing in that Catholic cathedral what I could relate to and what touched me the most was the light that shone through and I was reminded to “be the light”. 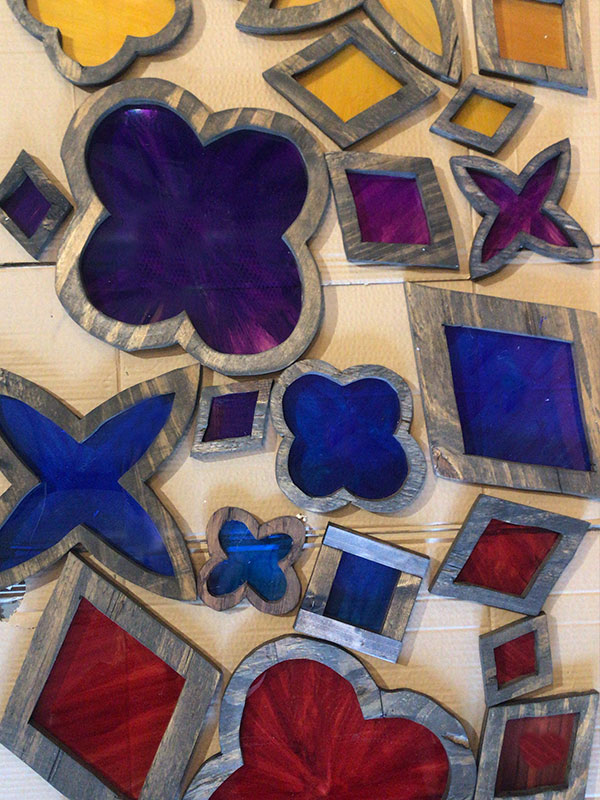 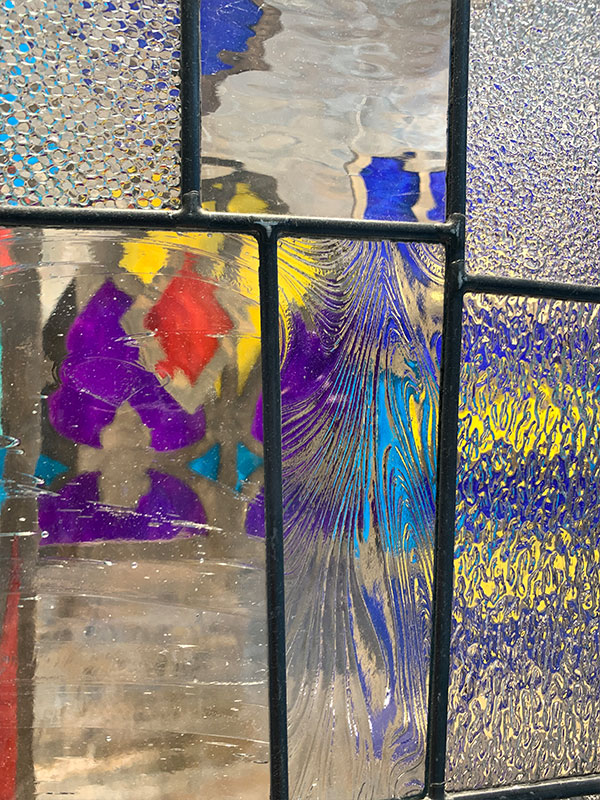 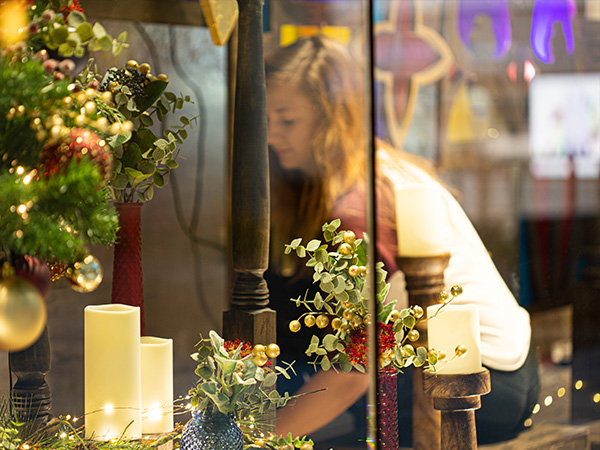 Although my team and I all have varying religious beliefs and experiences, we each were moved in different ways by the light we saw in that Cathedral and it held symbolic and spiritual meaning for each of us. These were feelings we wanted to bring back with us and convey to our guest through our artwork, and this is how the Christmas window theme this year became not only about stained-glass windows, but about the light that shines through them and through each of us. “Be the Light” became the theme of our season, which goes hand-in-hand with our give back mission to help combat homelessness and hunger by donating to charities that focus on giving back to those who are less fortunate. We invite our guest to “be the light” this season too, and to be the ray of hope that someone else might need, to hold someone else in the light and lift them up. 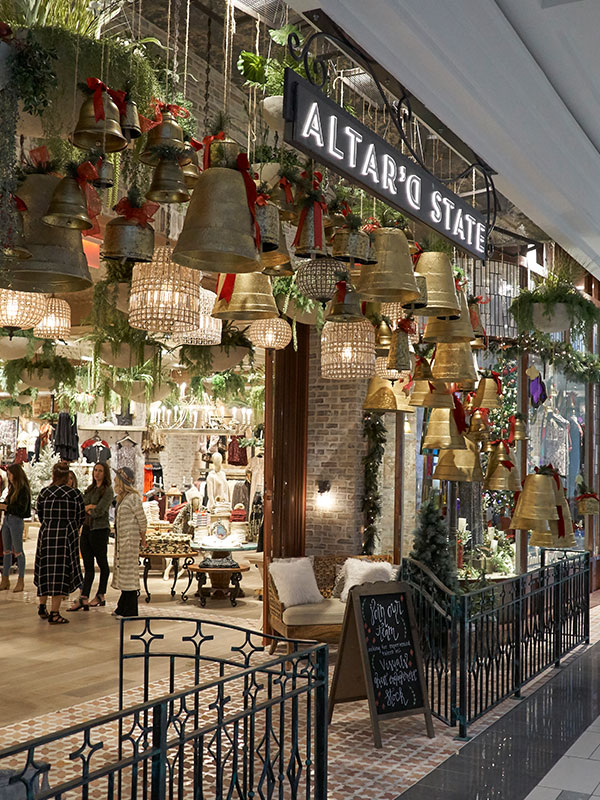 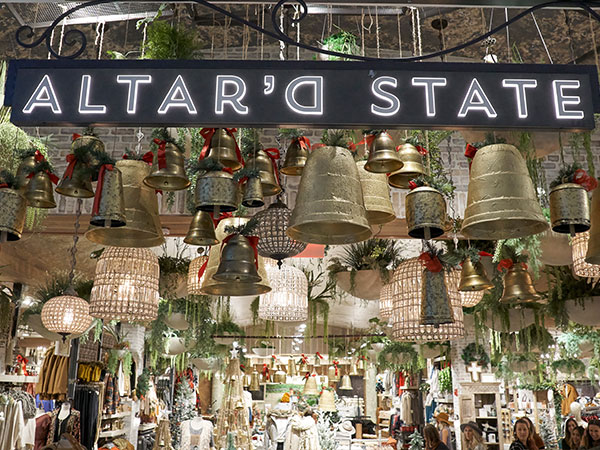 Each boutique's window is a little different...visit your local Altar'd State to see how they used "Be the Light" to shine through they're display.
#MyAltardState #StandOutForGood
GOOD NEWS 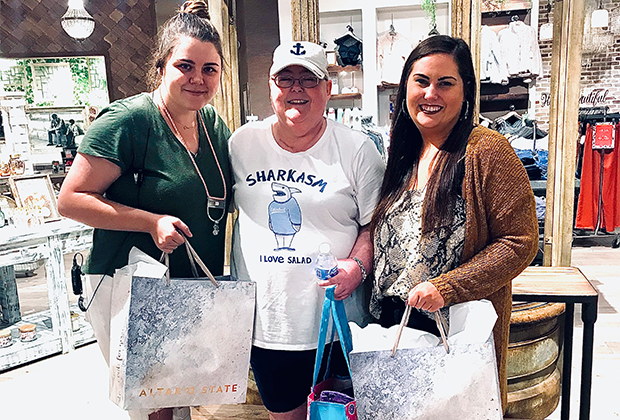 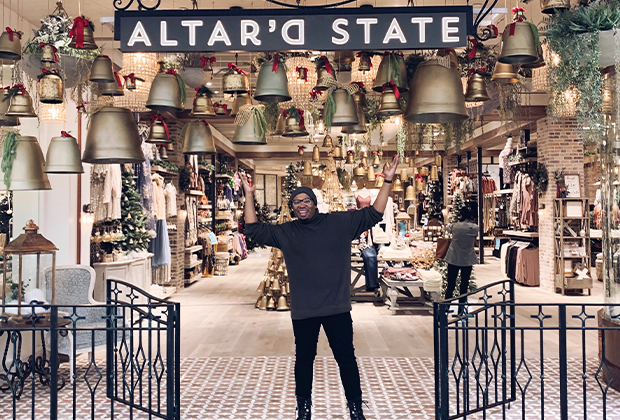 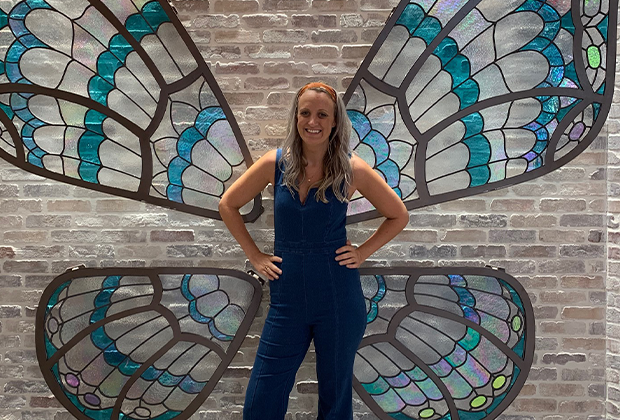 Get the scoop on new arrivals, special sales and more!